Are you on the lookout for gifts and gadgets that satisfy your inner geek? If so, then look no further. You’ve found the geeky gift guide of your dreams.

I’m always on the lookout for gifts and gadgets which satisfy my inner geek. I like things original and innovative and not just the typical Nintendo Wii or Apple iTouch or whatever the latest fad is.

With that in mind, here’s a guide to all things unique. Maybe you’ll see something you like for yourself or one of your geeky friends!

The Rubik’s Cube was my absolutely favorite toy as a child. It’s challenging, fun and a must-have collectible. Apparently there are 43 quintillion possible moves with only one possible solution. The aim of the game is to twist and turn the cube in order to make every side a solid color. Of course, as a kid I just used to peel off the stickers and cheat. There are a few sites you can visit to find out how to solve the puzzle as well.

This 5-piece knife set comes with a voodoo doll style holder. Perfect for those of us who sometimes feel like stabbing someone but don’t necessarily want to go to jail for it. It comes in a variety of different colors, although I personally think that the chrome version is the nicest of them all.

I know it’s more manly to use your teeth to rip off the bottle cap but in the long run this will preserve your teeth and looks good too. With this handy tool you can reach into your wallet and remove a bottle top with no molar implications. You’ll also be the coolest geek at the party. Congratulations.

For that geek that is an alcoholic, what better gift than a whiskey barrel to age whiskey at home get one at https://topshelfbarrels.com/product/1-liter-oak-barrel-whiskey-making-kit/ 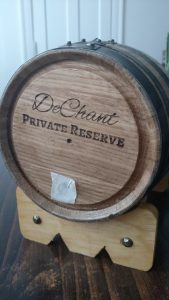 If you’ve ever been caught playing darts indoors by your wife or partner, you might want to consider using this darts coat hooks to try and disguise your dart playing. Put them up in the area you usually play darts under the pretense of “adding more room for coats and jackets to keep the house tidy”. Then you’ll not only benefit from hanging your darts team cap on them, you can also pretend to your partner that the extra dart in the wall is another coat hook. Honest, dear!

Collectors can be the ultimate geeks, and coin collectors are not much different. However, when it comes to challenge coins, the story can even be considered somewhat emotional. You see, challenge coins are usually given out in the army or police after a tough task or challenge has been performed. There are companies that you can use to get custom designed and ordered for your special guy, showing your pride in their recent achievements – both personally and professionally.

I used to play for hours with gadgets like these as a child. I like to think it’s the reason behind my magnetic personality, but perhaps I’m just delusional! Either way, these are a great addition to your desk. They keep things neat and tidy and can help to reduce stress during the day by playing with them. I love them.

One of the funniest TV shows to come out of the UK targeted at the geek audience. Trapped in the basement (the IT department) of a huge company, Roy and Moss spend the majority of their days discussing geek-related stuff and playing guitar hero. If working in IT was really this much fun, I’m sure I’d be doing it myself.

I actually thought it was impossible to take something as incredibly manly and useful as a Swiss Army Knife and turn it geeky, but it appears someone has. By adding a 2GB USB storage device to a knife which contains a nail file with screwdriver, scissors, key ring, LED mini-light, and retractable ballpoint pen, Victorinox has provided something that is not only useful, but also incredibly geeky.

I remember back in school this crazy kid who took a stapler, put his finger under it and slammed down as hard as he could with his other hand. The horrific aftermath of that incident has made me fearful of staplers ever since. Luckily, some kind-hearted geek has created a staple-free device which means no more nightmares. It’s cool and fun to use.

Stay tuned for the second part of Gift Guide For Geeky Guys (And Girls). In the meantime, let us know what your favorite geeky gifts are in the comments below.

Welcome to JustAGuyThing.com, a men’s lifestyle blog with the aim of entertaining and interesting our readers.

World Ocean Day: What You Need To Know

4×4 Off Road Gear: Necessary Modifications for a Smooth Outback Ride